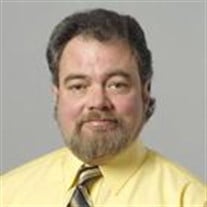 Street, William T.Saginaw, Michiganpassed away January 4, 2015. William was born in New York City on January 13, 1946 to the late Harold and Gertrude Street and was raised in Muskegon, Michigan. After graduating Muskegon High School, he attended the University of Michigan for his undergraduate degree, where he was a member of the University of Michigan Marching Band. He was a Vietnam era veteran of the U.S. Army and became a committed antiwar activist. He graduated from the University of Michigan Law School and was admitted to the Michigan state bar in 1975. He moved to Saginaw after law school to join Legal Services of Eastern Michigan. In 1978, he was the local campaign head for Carl Levin’s initial run for the US Senate. Then he began practicing with Barbara A. Klimaszewski in the firm of Klimaszewski & Street, which continued until his death. He was the son of a former FBI agent, but specialized in criminal defense and civil rights advocacy. He represented the poor and unpopular and was always willing to speak out on behalf of the underrepresented. William was an avid trout fisherman. He played and enjoyed music all of his life, starting with the clarinet and saxophone, eventually falling in love with the xaphoon. He was an outspoken feminist. He loved sports, especially the Detroit Tigers and University of Michigan football and basketball teams. His wit and eloquence will be greatly missed. William leaves his sister Susan Callahan and her children; Michael and Christine Callahan, Jennifer and Kenneth Bagwell and 5 grand nieces and nephews; his colleagues Barbara A. Klimaszewski and Kathy A. Lloyd of Saginaw and close friend Joyce VanOchten of Ann Arbor. A memorial gathering for William will be held at the McIntyre Funeral Chapel, 504 N. Michigan on Friday from 4-8pm, with a remembrance service at 7pm. In lieu of flowers, please consider a donation to the Underground Railroad or to the ACLU of Michigan.

Street, William T.Saginaw, Michiganpassed away January 4, 2015. William was born in New York City on January 13, 1946 to the late Harold and Gertrude Street and was raised in Muskegon, Michigan. After graduating Muskegon High School, he attended... View Obituary & Service Information

The family of William Terry Street created this Life Tributes page to make it easy to share your memories.

Send flowers to the Street family.