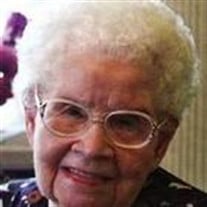 Medina, Sr. LuciaSaginaw, MichiganSister Lucia Medina, a member of the Mission Sisters of the Holy Spirit, died November 25, 2013 at age 93. She was born January 29, 1920 in LaJara, CO. to Juan and Celina (Romero) Medina. Sr. Lucia received her R.N. at Mercy Hospital in Denver, CO. and worked in two hospitals in Denver, as well as a Public Health Nurse in Greely, CO. During World War II Sister served as a Nurse Cadet at Fitzimmons Army Hospital and during the Korean War she served as a LTJG for 2 years in the Active Navy Reserves. She entered the Mission Sisters of the Holy Spirit in Saginaw in 1954 and became part of the staff of our Lady of Guadalupe Clinic after earning her B.S.N. from Mercy College in Detroit. The Clinic was operated by St. Joseph Parish and the Mission Sisters. From 1963 through 1972 she was the Administrator of the New Saginaw Community Clinic which replaced the Guadalupe Clinic, and in 1976 after becoming the first Nurse Practitioner in the U.S. she opened an Independent Nursing Practice in Saginaw. She retired in 1985. Sister Lucia is survived by four sisters and two brothers, Religious Srs. Ramona, Celinda, Aurea and Rebecca, brothers Luis (Bernice) Medina, and Gilbert Medina, one aunt and many nieces, nephews and cousins. She is also survived by five Mission Sisters, Srs. Anne, Estelle, Elaine, Mary Lou and Margo. In addition to her parents, she was predeceased by four sisters, Mary, Celina, Srs. Mary Joseph and Dora, and two brothers, Joe and Adelmo, sisters-in-law, Stella, Ramoncita and Priscilla and brother-in-law Robert, six Mission Sisters, Srs. Jeanne, Frances, Pauline, Marie, Agnes and Loretta. Funeral Liturgy will be held on Saturday, November 30, 2013 at 10am at Holy Spirit Catholic Church, 1035 N. River Rd. Fr. Peter Gaspeny will officiate with burial in St. Andrew Cemetery. Visitation will take place at the McIntyre Funeral Chapel, 504 N. Michigan, Friday from 2-8pm with a Vigil service at 7pm led by the Mission Sisters and on Saturday at the church from 9am until service. In lieu of flowers, memorials may be considered to the Underground Railroad, Neighbor to Neighbor Center for Women and Children, directed by Sr. Lucia’s sister, Sister Ramona, or the charity of your choice.

The family of Sr. Lucia Medina created this Life Tributes page to make it easy to share your memories.

Send flowers to the Medina family.