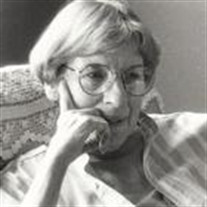 Shepherd, Mary Claire (Clulo) Saginaw, Michigan Passed away on April 9, 2014. She was born in Marquette Michigan on December 7, 1928 the daughter of William and Corrine (Jacques) Clulo. She graduated from Midland High School in1946 and attended St. Scholastica in Duluth Minnesota. She married William Shepherd in 1949. He preceded her in 2005. Together they raised seven children and shared a life-long commitment to each other, to civil rights, women's rights and advocacy to the poor. Politically astute, lover of the arts and history, she graduated Summa Cum Laude from SVSU. She was director of volunteers at St. Mary's hospital from 1974-1990.  She is survived by sister Ann Davis, brother Paul (Carol) Clulo, her children; William (Mona), Christine (Terra), Rosemary (John), Peggy (Harry) Stuart, Paul, Patty (Bob) Zummer and Sarah. She is also survived by fourteen grandchildren, five great grandchildren, many nieces and nephews and countless dear friends. May her generous, loving soul rest in peace.  We must extend our deepest gratitude to the wonderful staff at Edgewood Assisted Living, who loved and cared for Mary. Per Mary's wishes, cremation has taken place.  Family and friends are welcome to visit and share memories at the McIntyre Funeral Chapel, 504 N. Michigan on Sunday, April 13, 2014 from 5-8pm.  A memorial mass will be held on Monday, April 14, 2014 at 11am at St. Andrew Catholic Church, 612 N. Michigan.  Fr. Joseph Schabel will officiate with visiting from 10am until time of service.  In lieu of flowers, donations can be made to The Mustard Seed of Saginaw or to St. Andrew Catholic Church.

Shepherd, Mary Claire (Clulo) Saginaw, Michigan Passed away on April 9, 2014. She was born in Marquette Michigan on December 7, 1928 the daughter of William and Corrine (Jacques) Clulo. She graduated from Midland High School in1946 and attended... View Obituary & Service Information

The family of Mary Claire Shepherd created this Life Tributes page to make it easy to share your memories.

Send flowers to the Shepherd family.