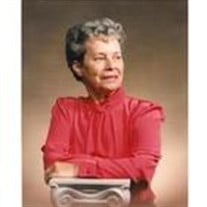 Marjorie E. Prudhomme (nee Pope), better known as Marge, of Saginaw, quietly passed away at age 87 on Tuesday, February 2, 2016 at Covenant Cooper Hospital, after a long battle with COPD and a recent hip fractureMarge was born on September 13, 1928 to DeCoy and Arda (nee Marzolf) Pope in Waldron, Michigan. The family later moved to Midland where she grew up, graduating from Midland High School in 1946. Marge married Paul Prudhomme on May 26, 1951 in St. Andrew’s Catholic Church in Saginaw. Paul passed away in 1987.Marge led a very full life. She retired from the then Saginaw Steering Gear in 1985 after 30+ years of service. She was a member of St. Stephen Catholic Church, traveled the world with her friend Gyneth, was a long-time secretary for the Saginaw Women’s Bowling Association, and was inducted into the Saginaw Bowling Hall of Fame in 2011. She began bowling at the age of 15, when pins were set by hand. She was deeply involved with the Saginaw Steering Gear Alumni Club, National Humane Society and life member of the United States Historical Society. Her life-long love of canines resulted in her always having a dog by her side, the most recent of which were two rescued greyhounds.Marge was preceded in death by her parents, husband, two brothers, George and an infant Virgil and two brothers-in-law, Rene and Richard Prudhomme. She is survived by sisters, Betty Lashuay of McNeal, AZ, Mary Lou Sperry and Pat (Bob) Jackson, both of Midland. Also surviving is a brother, Randy (Sandy) Pope of Bay City, plus many nieces, nephews, grandnieces and grandnephews.A Celebration of her life will be held Saturday, February 6, 2016 at 1:00 p.m. at Fischer Family Funeral Services, 504 N. Michigan Avenue, Saginaw, Michigan 48602, with Rev. Fr. Steve Gavit officiating. Visitation will take place from 11:00 a.m. until the time of service.Entombment will be held privately at Mt. Olivet Cemetery, Saginaw. In lieu of flowers, memorials can be made to either Greyhounds of Eastern Michigan, Post Office Box 194, Wayne, Michigan 48148 or Great Hearts, Post Office Box 721502, Berkley, Michigan 48072, both greyhound rescue groups.

Marjorie E. Prudhomme (nee Pope), better known as Marge, of Saginaw, quietly passed away at age 87 on Tuesday, February 2, 2016 at Covenant Cooper Hospital, after a long battle with COPD and a recent hip fractureMarge was born on September 13,... View Obituary & Service Information

The family of Marjorie "Marge" E. Prudhomme created this Life Tributes page to make it easy to share your memories.