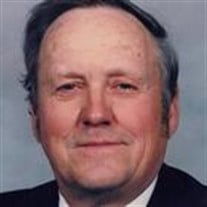 Murphy, Lawrence RaymondSaginaw, MichiganPassed away Saturday, February 21, 2015 at his home at age 82 years. Lawrence was born July 14, 1932 in Saginaw to the late Michael and Henrietta Haag Murphy. He married Carol Brasseur on September 19, 1959. Larry had been employed by GM Central Foundry working as a millwright for over 50 years. He was a former member of SS. Peter & Paul Catholic Church and recently St. Thomas Aquinas Catholic Church. He served in the US Army during the Korean War, was a lifetime member of the Saginaw Field & Stream Club and the National Rifle Association. He enjoyed hunting and loved spending time with his great grandchildren. He is survived by his wife Carol, daughter Susan Murphy, son John and Mary Murphy. Also surviving are grandchildren; Jennifer Murphy, Sara and Nate Cupp, Nichole and Alan Avila; great grandchildren Brayden, Walker, Seth, Landon, McKenna, Ryan and Jeffery. Sisters Janice Hoffman, Patricia and Harold Krawczak and his brother Thomas and Kathy Murphy. He was predeceased by his son Patrick J. Murphy, his brother James Murphy and grandson John A. Murphy. Funeral Mass will take place on Wednesday, February 25, 2015 at 11:00am at SS. Peter & Paul Catholic Church, 4375 W. Michigan Ave., Saginaw. Fr. Andy LaFramboise will officiate with burial in St. Andrew Cemetery. Family and friends are welcome to visit at the McIntyre Funeral Chapel, 504 N. Michigan Ave. on Tuesday, February 24, 2015 from 4pm until 8pm and at the church on Wednesday from 10am until time of service. In lieu of flowers, please consider a memorial contribution to SS. Peter & Paul Food Pantry or to Hidden Harvest.

The family of Lawrence R. Murphy created this Life Tributes page to make it easy to share your memories.

Send flowers to the Murphy family.