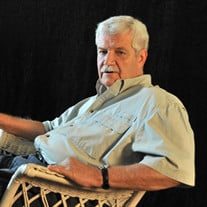 David LeRoy Lowe, 80, of Dimondale, MI, died shortly after 8 a.m. on Friday, September 17, 2021, at Covenant Cooper Hospital in Saginaw, MI, from COVID-19 pneumonia. David was born on January 22, 1941, at Foote Hospital in Jackson, MI; he was the son of Elvis “Jack” Lowe and Elaine Rohrer Lowe, and brother to Jacqueline Lowe Wagner, all of whom preceded him in death. David graduated from Jackson High School in 1959, and earned his Bachelor of Arts degree from Eastern Michigan University in 1964, with concentrations in education, social science, and English literature. He earned a Master of Arts in perception in education in 1970, also from Eastern Michigan University. David worked for the State of Michigan in several capacities, including Director of Child Day Care Licensing, before returning to school to earn his Master of Social Work degree, which he received from Michigan State University in 1986. He practiced psychotherapy as a clinical social worker from the late 1980s until his retirement in January of 2019. David loved helping people, and he loved learning new skills so that he could better help his clients. The world is in better shape for David having been in it. David loved the house he bought with his former wife, Jeralyn Delisi Lowe, in the middle nineteen seventies: an old schoolhouse built in 1905, converted to a residence in the nineteen fifties. Before his health began to fail, David could often be seen riding his lawn mower around the property, mowing the lawn or hauling lumber or tree limbs, always with an eye toward making his home more pleasant to look at, more pleasant to live in. David is survived by his partner of more than twenty years and husband since December of 2015, Dave Macak, and their dog Bella; cousins Barbara Bolhuis of Utica, MI, Linda Long of Pontiac, MI, and Nancy Hall of Cambridge, MA. David especially treasured a circle of close friends including Dale Abrahamse and Linda Capacchione of Charlottesville, VA, Pete Demos of Agawam, MA, Amy Geishert and Melodee Graybill of Lansing, MI, and Diane Richards of Jackson, MI. A memorial service will be held at a later date. For Information, please contact Fischer Family Funeral Services, 989-755-8277. For online condolences, please visit www.fischerfuneral.com.

David LeRoy Lowe, 80, of Dimondale, MI, died shortly after 8 a.m. on Friday, September 17, 2021, at Covenant Cooper Hospital in Saginaw, MI, from COVID-19 pneumonia. David was born on January 22, 1941, at Foote Hospital in Jackson, MI; he was... View Obituary & Service Information

The family of David LeRoy Lowe created this Life Tributes page to make it easy to share your memories.

Send flowers to the Lowe family.