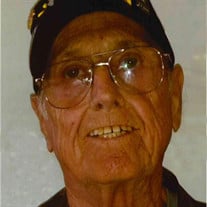 Danny “Dan” Lee Smith, age 72, of Saginaw, passed away at home on Monday, April 16, 2018. The son of Joseph and Anna Smith, Danny was born November 24, 1945, in Saginaw. He married Susan Freier on January 14, 1967. Having served in the Army from 1964-1967 and Vietnam in 1966, Danny was very involved with and passionate about Veterans. He helped establish Vietnam Veterans Chapter 250 and VVA 663. He served for many years on the Veterans Trust Fund, was on the committee to establish the Vietnam Missing In Action Prisoner of War monument, and served on the committee to move all of the war memorials to the Veterans Plaza at Hoyt Park. He was long active in many organizations, including Vietnam Veterans of America, the VFW, Disabled American Veterans, and American Legion Post 22. Danny is survived by his loving wife, Susan Smith; children, Jacklyn Kricher and Daniel Smith; grandchildren, Courtney Smith, Samantha Smith, Austin Smith, Danielle Kricher, Jessica Kricher, and Dallas Smith; step grandchildren, Garrett and Alex Meier; great grandson, Josh; siblings, Gary (Marge) Smith, John (Karen) Smith, JoAnn Kohlhoff, and Merry Lou (Michael) Delaney; half siblings, Joseph Jones and Amy Breecher; sister in law, Debra Johnson; many nieces and nephews. He was preceded in death by his parents; his sister, Donna Capers; and nephews, Daniel Fauver, Marc Delaney, and Dennis Kohlhoff. Visitation will be held Thursday, April 19, 2018, from 1:00 p.m. to 4:00 p.m. and 5:00 p.m. until time of Vigil Service at 7:00 p.m. at Fischer Family Funeral Home, 504 N. Michigan Ave., Saginaw, MI 48602. Visitation will continue Friday, April 20, 2018, from 10:00 a.m. until time of Funeral Mass at 11:00 a.m. at St. Francis de Sales Catholic Church, 3945 Williamson Rd., Saginaw, MI 48601. Rev. Fr. John Mancini will officiate. Interment will take place at Roselawn Memorial Gardens, Saginaw. Memorials may be made to the Scleroderma Foundation Michigan Chapter, 23999 Telegraph Rd., Southfield, MI 48033, or to the family so they may donate at their discretion. If Danny could talk to you, he would ask you to think about checking the box on your driver’s license. Danny received a lung transplant in 2004 and it gave him 13 more years of life. He treasured everyday.

The family of Danny Lee Smith created this Life Tributes page to make it easy to share your memories.

Send flowers to the Smith family.